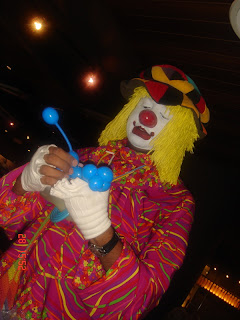 The Sunday bubbly brunch at Westin was indeed very good. Thanks again to Hui Fen who bought me this wonderful belated birthday brunch. I've once told some friends that my birthday is celebrated all year round, and they didn't quite believe me.

The restaurant was full on a Sunday morning, well, at 11.30am to be precise. Majority of the patrons were westerners and we were among the few asians in there. I felt like I was back in Melbourne, which was great as I'm missing Melbourne terribly although I'm having such great time here. Guess I'll be missing KL when I return. I was a little late because of the traffic jam. Yes, you heard me right, it was a Sunday and it was freaking 11-ish in the morning and I was stucked in a freaking jam with a bladder full of pee. Non-stop cursing was the only thing I could do and thanks to myself for choosing the Dewan Pustaka road which I don't normally use, thinking that it was a Sunday and there shouldn't be any traffic. Thank god it didn't take me long to get to my destination or I might as well pee in the car.

I suppose a lot of people reckon that the brunch would be a little pricey, especially people like my brother. It was RM168++ so it approximately comes up to RM195. I personally think it's quite worth it especially for those who drinks. They serve a free flow of Veuve Clicquot Ponsardin, martinis, reds, whites, sangrias, juices, smoothies and a lot more others. 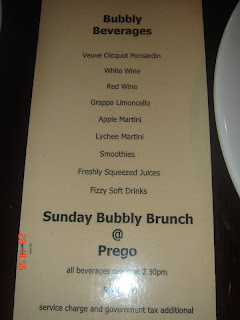 It's all worth for its fine food, great drink list and a good atmosphere to catch up with the girlies. Food was great with a wide varieties of freshly produced gourmet pastas, Italian dishes and freshly roasted beef, lamb, chicken, prawns and crabs at the courtyard. It was buffet style but the waiters will at the same time serve you the antipasto, soups and other specialities fresh from the kitchen to your table. And the dessert was sinfully delicious but I stupidly did not reserve enough space for most of them. There are almost double amount of choices compared to what I've captured in the camera, just the dessert that I'm talking about. 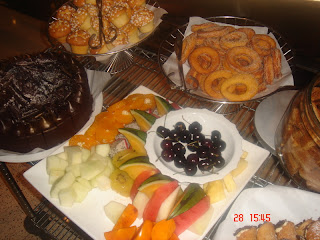 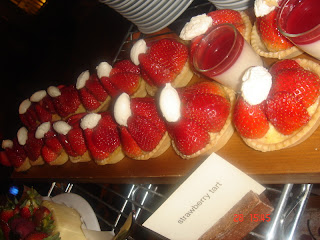 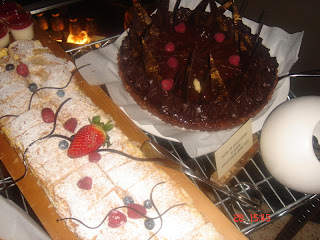 It was definitely worth going, only if you enjoy more than half a dozen of drinks in the bright day light, which I happen to like. There's also a clown (which I was quite afraid of at the beginning as I've got this silly thought that he's a psycho assassin) who went to every table to keep us entertained. I was planning to make a return visit before I leave but looks like it's quite impossible as there are insufficient amount of Sundays left for me in KL. I terribly want to return to Melbourne yet I am unwilling to leave KL. I wish someone can clone another Lynn so then I can be living in both city at the same time. 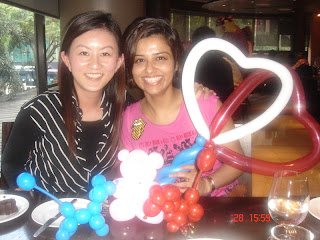 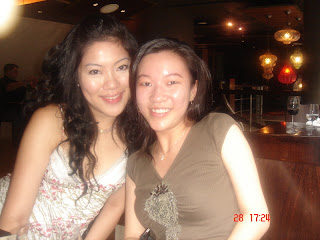 Dinner was with family at Stadium Negara Hotpot. The last time I was there must have been at least three years ago. Ironically, it was also Hui Fen who introduced me to that place, where they were previously located at the national stadium. Reason why I love that place was their charcoal hotpot instead of the stove ones. It's so old school and their forty-year-old pots are super cool. Dad ordered a lot of seafood like tiger prawns, crabs, different kind of fishes and my favourite barbecued calamari. Found out that it is mostly the Jap that eats at this place these days especially on weekdays, they really do like their seafood. They were even featured in this Japanese magazine. Services was really good although every table was taken. The next thing that I want to try will be hotpot with congee as the base instead of soup. I love my hotpots! 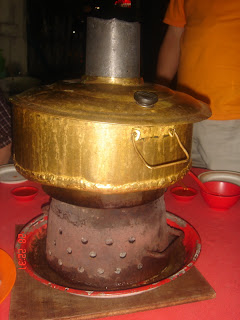 RM195 siau ! siau! unless I go starve myself the nite b4 n stuff myself the next day hahaha but the hotpot sounds interesting!! will bug u about it...

How much money did you spend at Velvet on Saturday night? I'm sure it's more than my brunch okay? Let's go for beef noodle again this weekend!

Nice meeting you too, Victor.

I want bubbly brunch too!!! I think it's worth it just for the free flow of alcohol!

Yes, we shall do it when we're both in KL. Alternatively, we'll do the Sofitel one in Melbourne. AUD65 I think, been once, not too bad.