I've heard it again and again from friends that they've nothing to read "when they are bored at work", that they are sick of seeing the title "I wanna be healthier". You know what? I've turned lazy and seriously, I've been really busy.

A lot has been done in the past 75 days. I survived 40 hours for the new year parties. I didn't think I was gonna go to three parties in a row. Sensation White was a bit of a disappointment. Music was only average and there were too many pauses in between tracks. We enjoyed the music in trance room more than the main room's. When the party finished, I bizarrely ended up in a gay couple's apartment with a big group of their friends. It was a long story but I remembered Violet was screaming at the top of her lungs over the phone asking met to get out of the apartment. Nothing bad happened to me of course. They were very nice boys. 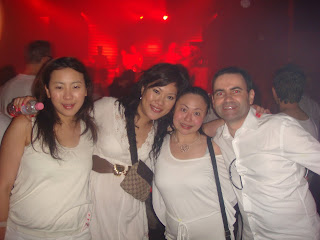 Summadayze was great despite the cold on a mid summer afternoon. Evonne and I were in shorts and T's. Thank goodness the boys who came later brought us a [red] blanket and that was the most eye catching accessory I had for the day. It was so cold I had to use it as my wrap skirt. Very embarrassing I have to say but when you were that desperate, I believe you would do the same. I had it with me to the after party at QBH too. Jev was surprised that the bouncer let me in. 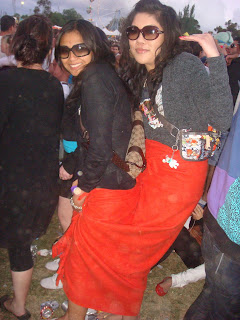 So that was my new year and it took me a while to recall what day I actually finished my parties. Party started on the eve and finished on the second morning. I know I'm not 18 anymore that's why it took me a whole week to fully recover from the lack of sleep, big time intoxication and sore limbs, man...

Late January was time to go home for Chinese New Year. Have I told you Dad was a very traditional father and we were not allowed to miss CNY celebration at home? We're carrying on this tradition and I know His spirit has never left us. Last year we weren't allowed to celebrate but this year was big one. So much food I swear I had put on 3kgs.

The Melbourne crew from Singapore visited on one of the weekends for some serious partying. That was a massive weekend. It was just like in Melbourne plus the humidity and traffic. We had so much fun some of us passed out in the club and got carried home; some of us rolled down the stairs; some of us missed the flight; and some of us kissed gay boys and made friends; and all of us thought it was one of the best weekend in a long time. 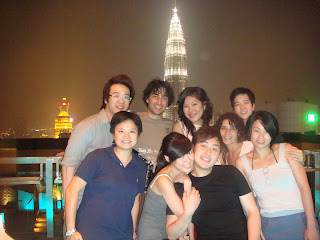 TY and I visited the monkeys the following weekend in Singapore. I was diagnosed with cellulitis (nothing to do with cellulite, err hmm...) a couple of days before so I was given some strong-arse antibiotics and I wasn't supposed to drink. Those pills had to be strong because they got me really delirious after each dose. Anyhow, yours truly managed to get sloshed on Friday night but was well-behaved enough to keep herself sober on Saturday night for a change. I'm always satisfied in Singapore as long as I get my frog porridge and kway chap. 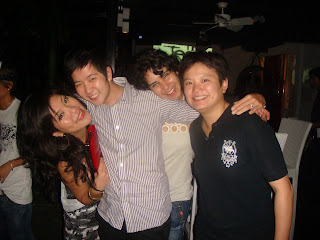 Flew in to Tokyo in mid February for some good food and powder. Joined the rest of the crew in Hakuba after a night in Tokyo. Snow was good but I still need a lot of getting used to the powder on my skis. Ramen, rice and sake for lunch on the slopes were God's gift. Onsen at the end of each day was heaven. If it wasn't for the onsen, I would've been 10x more sore each morning. 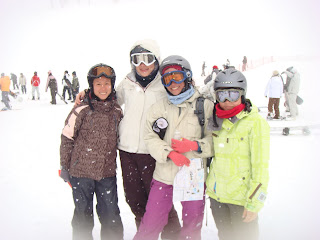 I was in Japan with parents 12 years ago and Tokyo was pretty much the same as what I remembered. The city rocks despite everything costs a bomb, partially thanks to the foreign exchange rates. Spent most of my money on food. Japanese fashion really isn't my cup of tea but Burberry Blue Label was too cheap to say no. 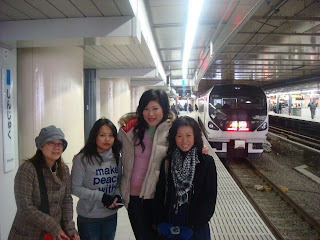 Spent two nights in KL before I returned to Melbourne. Mum and brother were asking me to stay till end of the month and were sort of giving me the emotional blackmail. Honestly, time at home will never be enough for us. Besides attending a good friend's wedding, I thought it's time for me to end my holidays, get myself back to Melbourne and realized that I've no money to pay rent next month plus I haven't gotten myself a full time job, wooohooo... How exciting is that?!?

So here I am, back in Melbourne in my tiny little apartment, surfing for jobs and worrying about paying the bills. Life, life, life...
Lotsa Love | Lucky Lazy Lynn at 5:56 pm 81 comments: