I've just recovered from my hangover and it's almost six in the evening now. I swear to this blog that I had definitely not drank as much as last weekend. Neither had I mixed six different kind of drinks like last Friday but I was puking my way home. Poor Jin Loong gotta pulled over for me to throw up. I was hugging my toilet bowl for god knows how long when I got home. Eleana was being a bitch, although she did take care of me. She said she was secretly very happy to see me in that phase because the last time she saw me throwing up was Atmosphere days which was at least five years ago.

I have total memory lost for a certain period of time in the club. I know I was hanging out with this group of people and I've had some drinks with them but I've no recollection of what I drank and what we did. Is it possible that I got spiked by that guy? Maybe he wanted to spike me and take me home but unfortunately he had put in too much drugs hence I went home without him but a lot of vomitting. Or could Velvet be serving counterfeit bottles of whisky? Even Eleana got a bad hangover.

Anyways, I came home with half a camera of unfamiliar faces. They must be people that I've met last night. Also text messages from people that is new in my contact list so now I've to try to match the name with the faces in the camera, my god.

Kudos to Steph, I'm going to drink again tonight. Don't intend to drink much as I'm gonna drive and would love to get home early. Have a good bath and an early night. Looks like the drinking will not stop till Monday. I don't have to plan but Friday and Saturday are going to be a big night, then Sunday is going to be drinking from eleven in the morning. Now Mandy's liver tonic had really came in handy. And these are the familiar faces... 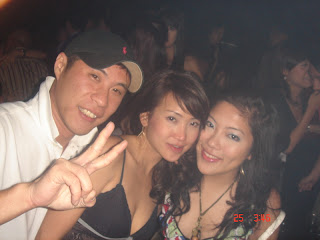 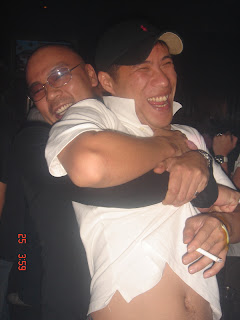 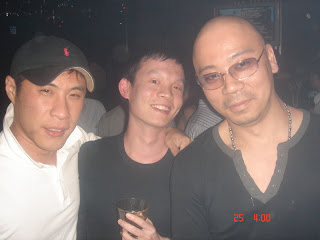