I went out again last night. Went out as in went to the bar. Cookie. Lychee Caipiroskassss. Melb Supper Club. I'm hopeless... But I had fun. Devil-Keat is a bad influencer, Evil-Lynn is just as wicked. The two hands clap pretty loud in general.

Caught four films in two days, call me crazy if you want. To tell you the truth, I had only used my pass twice before yesterday, and the Film Festival is going to end on Sunday, now you know why.

All the four films - The Paper Dolls; Animation Short Progamme; The Scanner Darkly; Invisible Wave - that I've inadvertently chosen was fabulous, less for the third one though. The adaptation of Philip K. Dick's novel, Scanner Darkly was no doubt a piece of work of creativity - animation on the eclectic cast. However, after an hour or so of the same effect the excitement it created had gradually wore off, leaving me checking on the time impatiently. I suppose the not-comfortable-at-all seat at RMIT Capitol Theatre contributes to that as well.

The Paper Dolls is something that I'll recommend to you guys. It's a documentary about a group of Phillippino drag queen living in Israel (I didn't know there are drag queens in Israel!). There are also gay bars, Gay Pride Parade in Israel apparently, See, I learn something new everyday. Stories about how they were marginalized, exploited, acceptance by the minority, bonds forged with their employers (made me teared, damn...). It offers insight into the extreme cultural clashes and a social cross-section of a part of the world rarely seen on the big screen. One of the best film I've watch for a long long while.

Now I'm lazy to talk about Invisible Wave. It's simple, it's just GOOD.

Going to watch at least one in the afternoon tomorrow. Going to have a heavy weekend again, birthday dinnerss, birthday partiess, filmsssssss, aarrrggghhh... 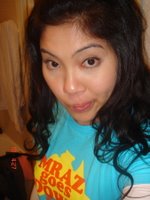