I shamelessly confess that I'm addicted to Facebook and it is ruining my life. I'm losing time in studies, work, blogging and sleeping. Alright, I exaggerated a little but it isn't far from the truth. So people were asking me where have I been, that I haven't been blogging. I'm right here, there's no where for me to go, yet!

Life after the snow trip is a chaos. Consequence of being on holiday, almost every two months. So much to accomplish, so little time. And of course, Facebooking didn't make things any better but it does help to keep me entertained when I have no money to get out of the apartment. Oh yeah, I am also badly broke.

On top of being broke, I am trying to save up for a snow trip in Hakuba, Japan in March with the crew. I am seriously hooked to the snow, the slopes, the cold, the chairlift, the skis, the gang and the holiday. I want to go and I want to go bad. Unfortunately, accident happened and I bought a sweater dress, a pair of shoes, a cardigan and a top, all within a week. Well, I did think of returning them because they come up to about 25% of my Melb-Tokyo air ticket but...

I really like them. Anyway, too late now, I've worn almost every piece of them. What I can do now is to eat in more and stop stepping foot in to shops, which is impossible because work requires me to be in them all the time. Aarrrggghhh... saving takes so much effort. I think it could be easier for me to just stay sober in clubs and stare on the floor because that's the place where people usually drop their cash. Yet staying sober is another near impossible state. 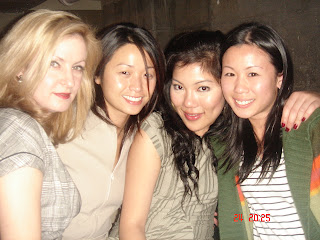 So nothing much had happened since I returned from Queenstown except that I've been out drinking quite a bit. Last Friday was mad-arse. I went all out, thinking that I wasn't in Melbourne for 3 weekends and like I promised myself, I went all out! Started drinking on empty stomach at 5pm with Violet and Michele over dinner before rocking up to our Post-Powdered Party at Element Lounge unfashionably late. Nothing much happened at Element except that some people got me tequila worm shot, absinthe, Jaegar bombs, wine, scotch, vodka and more that I can't remember. Everything just went downhill for me after. 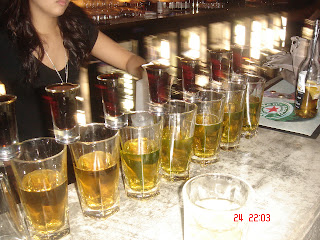 Rocked up to Watermark and couldn't remember how I made my way there the next day. Hogged the seat next to DJ Coming for the whole period of time that I was in the club. Almost got into a fight with some white chick because she attempted to dance on the speaker that I was sitting on and I didn't like people dancing at where I was sitting. Was fed with more identified drinks and was camwhoring. Highlight was of course the hangover from hell the following day that put in me so much pain, I could only get out of bed at 8.30pm. 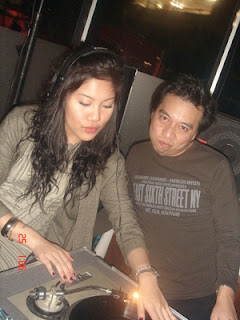 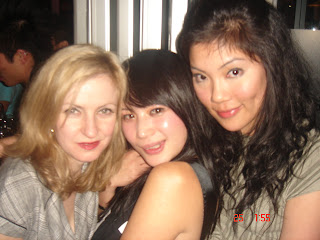 I've to get back to work and Facebook although I would love to share with you what had happened at the Merdeka party at Damian's. Maybe next time.
Lotsa Love | Lucky Lazy Lynn at 4:35 pm