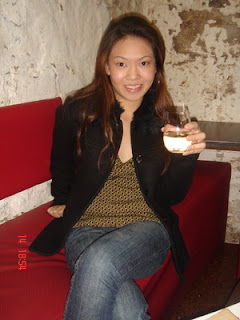 I nearly turned into an official alcoholic when I was in Tasmania.

The towns (note: not even a city) were so small and boring, I almost died of boredom. Everything shuts simultaneously as the sun says goodbye. Restaurant's kitchens aren't open after 9pm. There wasn't such thing as late dinner. Pubs were like old folks' home. Streets were dark and empty. We were the only two idiots searching for food and entertainment and Coles was the only place that had their lights on with people breathing in there, only before 12am.

Thanks to our brilliant ideas that took us to the vineyard on the first afternoon, we had heaps of wine in the car boot. On the first night, both of us drank in the room and Mozzie Jo suffered from mild hangover the following day. She was traumatized by any form of alcohol. That means for the remaining 4 nights, I had to drink alone by myself like the second biggest loser.

I finished a bottle of wine by myself every night because there weren't anything else for me to do in town. There were times where I yelled about how bored I was and nothing had changed, still bored. Aaarrrghhhh... if I stayed there for another 2 nights, I'd be a certified alcoholic who drinks alone every night. I finished a bottle of wine before heading for dinner and clubs on Saturday. I was on the verge *shrug*

Melbourne is holding me back to sanity. Thanks Melbourne, I love you! 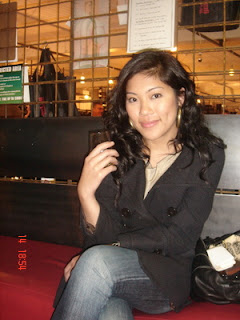 now you know why all the good beers are brewed in Tassie....