Finally am home, am glad, despite my unwillingness to leave Sunshine Coast. Time to get back to reality, get my arse back to studies and job-hunting (you hear me right).

I'm loving the solo-expedition. I got to do so much of my interest. I got to see so much out of my expectations. I got to unwind. I got my long long bath everyday. Most importantly, I got to meet lots of people, get to listen and share some interesting stories.

I shall introduce these interesting people that has contributed to my awesome journey to the North.

Sam and Mel, the friendly bartenders from Zachary's, who directed me to all the hot places to party; who I partied with at the impressive Rolling Rock, as well as the Sydney boy, Matthew, who's the chef at Zachary's. Not to forget the anonymous boys from Lindoni's, the yummilicious Italian institute, who pointed me to Zachary's to begin with. 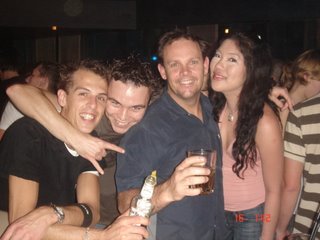 I also get to meet the very Aussie Malaysian student who moved from Melbourne to Noosa, after meeting Sam and falling in love with him during her summer holidays last year. Allow me to introduce you to Ms. Adelena (the only Asian I've met so far). 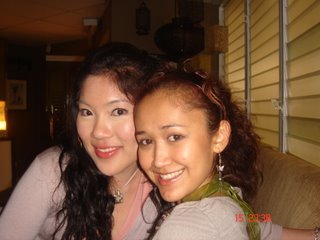 Through her I've also met Lauren, who bizarrely fell in love with Ben when she was work-holidaying in Australia, all the way from South England. 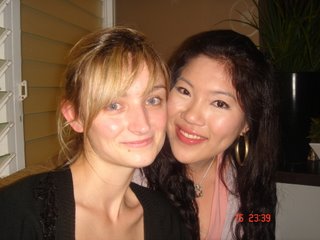 Now both Adelena and Lauren are "stuck" (so they said) in Noosa while their beau are rocking behind the bars. Ops... in case I've not mentioned, Ben is 'the legend' according to everyone, I've yet to find out why but thumbs up for his Lychee-Caipiroska (my 'all-time' favourite); I'd say it's almost as good as Hugo's or even better (no joke). Ben was with Zachary's but is now with Bistro C.

I had no idea how many Melburnians are there up in the North. I've spoken to many. Those that are living in Noosa for good love the sun and beach, can't stand the cold in Melbourne. And you have no idea how many of us from Melbourne who was spending the weekend in Noosa, 8 out of 10 that I've spoken to, no exaggerations I promise.

Dear Noosa, I'm sorry, we Melburnians brought the cold and rain up with us.

I've then met Stephen, who claimed to be an ex-designer (yeah, right!). He chatted me up at the Eumundi Market (hello... it's a market!). And yeah, he had mistaken me as a Philippino (what da???) because of my eyes (huh???). He gave me his name card and I just threw them in to my bag and I thought, that's it - bye! Ironically, I bumped in to him again during brunch on Sunday. Spoke a little, I tried convincing myself that I was way too skeptical, I shouldn't construe. He took me for a 2-hours car-tour around Noosa, and drinks at the Hyatt Regency Coolum. Sweet. He also was suppose to take me boating in his private boat (is he for real?) but unfortunately it was pouring this morning (or did he promise me knowing that it's gonna rain? Yeah well, I am being skeptical, I can't help, can I?) Anyways, thanks for the ride, I've a better idea of Sunshine Coast now.

I've met a hottie anonymous on the beach an hour before I leave. He's freaking hot, he was meditating on the beach (errr...). Canadian who spent most of his life in Melbourne and now Queensland, and will go back to Canada soon. No name, no contact, no follow-ups, just a quick chat that brightens my day (isn't that easy?) 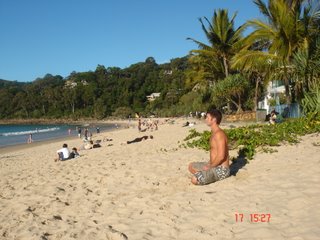 Most importantly, I've met a new friend at Sunshine Coast airport. He was a real surprise to me, I believe he's one to be kept as friend. Someone who kept me entertained during the 50-mins delay (Jetstar, again, gggrrrr...); someone that shares with me some fascinating stories; a passionate foodie like myself; one who offered me Toblerone knowing that I was starving; one who notices that I like to 'drink stereo'; a Swiss Chiropractor in Melbourne - Andrea. You've left me smiling the whole evening, thank you!

Not to forget some others that I've met, like the Skydiving crew - Dave, Angela, Brett(my instructor) and many that I can't remember their names, the crazy people in short; the skydivers - Kevin, who's also from Melbourne; Alison and her support team; Tassie girl and Scottish boyfriend. 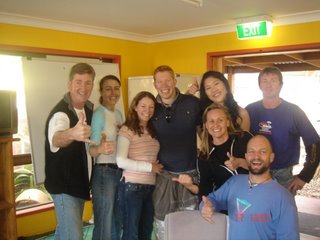 Then... the Canadian rugby player Jeff and his mate, I-can't-remember-your-name. All the friendly waiters & waiteress that I've been speaking a lot too, I know you guys were afraid that I'd choke eating alone, hiaks...

You guys are part of the reason why I love Noosa. I know I should stop but, THANK YOU. If I don't get enough $ soon enough to crawl up North, you know where to find me.

Thanks for flying down for less than 24-hours just to see me; the scrumptious dinner at Berardo's; the great company; the excellent choice of aged-wine; and the quick delicious Salmon Benedict brekkie. Thanks Leonard. 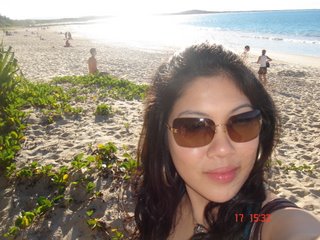 Labels | New to Me, Travel

hey for one time there u sounded like a nomad. a joyful nomad!!
unbelievably frenly eh ppl there? unlike asians or whichever asian countries you go, i guess that's why the crime rate(rape, rob, theft)there is not as high as here..all these fucked-up ppl..
now do u feel as if the world is ur family and there are so many nice people out there?
kekeke....fun trip, i jelus!

Yeah, absolutely agree with you. I can trust people here, back home I won't and I can't afford to. Save up darling, let's rock the world and visit our 'family' around the world together!