diary of an alcoholic 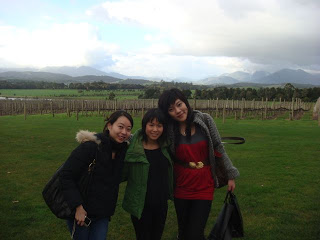 I got drunk last night. No shit, that's something new.

Excuse me but we started drinking since 11-ish in the morning. The royal we, namely Likai, Des and myself. We went to the wineries in Yarra Valley for lunch, some wine tasting and of course to replenish our supplies at home. Des and I got too excited and we ended up spending too much and came home with a car boot full of wines. I told myself it wouldn't be a waste of money spending on anything that you can eat and drink, especially good wines. June was the best winery tour designated driver on earth - absolute self-control and responsible. I don't think we would've enjoyed ourselves so much and went all out without her. 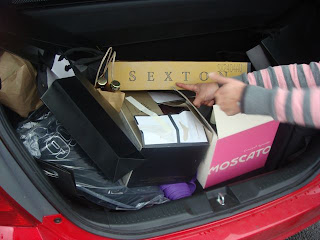 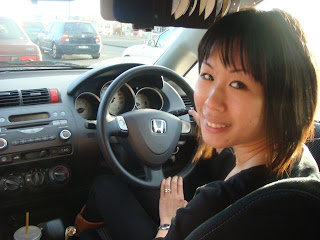 Anyway, back to my drunk story. Yesterday was also Milyn's belated birthday celebration at Comme. I tried my best getting myself dolled up for the dinner after the wineries. I swear I was feeling woozy when I was applying my make-up but I assumed I look okay because no one said anything about my face last night, or maybe it was just too dark. I got to Comme and I resumed drinking once I sat down. We had a lot to drink, reds, whites and cocktails. Fast forward a couple of hours, we were having cocktails at Society. We were getting pretty messy-drunk at the bar, I tripped once when I was going down the steps to the bathroom. Surprise, surprise - I remember most of the night!

God knows what happened, we ended up at Boulevard. That's when my drama happened. I was so drunk that I didn't realize I was in a club for some reason. At one point I put my head down, closed my eyes and let myself fall. I fell of course, badly on the floor. Don't ask me why I did that, I just wanted it to happen and yes, it's f*cking stupid. I was in so much pain I started crying like a kid. In my head I wanted to go home to Daddy but obviously there's no more Daddy for me, then I got even more emotional, cried even harder, yada, yada, yada... I came home with mascara run and a very badly bruised left knee and elbows. So painful that I got woken up several times. Sigh... feel so bad for creating such ridiculous drama and everyone had to leave the club early cause I wanted to go home.
So I woke up this morning, discovering more injuries than last night. Feeling rather tired from the bad sleep - passed out from intoxication rather than deep sleep. Once again, I'm very surprised yet delighted that I wasn't hungover. When I get one, they're usually very bad so I solemnly wish that I can stay away from any. You probably would tell me not to drink so much to avoid hangovers. I believe the only way to avoid hangovers is to stay drunk.
Cheers folks!
Lotsa Love | Lucky Lazy Lynn at 6:10 pm