All right, so I was the one who said that I wasn't going to shop; who ensured everyone that I would be able to help them with the baggage weight; who was able to convince myself that I was a reformed. All rubbish!

I suspect I shopped the most or at least I was the loser who had to buy a whole new suitcase to carry my new found treasures. Shopping in Honolulu was mad-arse. The fact that everything opens till at least 10pm if not 12am was enough to make us jump, taking into consideration that we came from a place where everything is shut by 6pm excluding that one Friday in a whole freaking week. Moreover, Friday is drink-all-the-way day for me. Even back home in KL, designers stores shut at 8pm.

Waikele Factory Outlet had driven us all crazy. Everyone had to visit this huge place twice except for Wayne and myself, mainly because I've burnt enough of a big hole in my purse on the first visit and I've covered most of the shops that I wanted to. You've to agree with me when I tell you that I'm a quick shopper. I shopped for myself, my family and some birthday gifts for friends. Coach was so affordable I hated myself for buying full price once, and that was through a friend from the States. Just imagine how dumb it is to buy Coach full price outside of the States, especially back in Malaysia, Singapore or even in Sydney. At its outlet, I spent USD1000 in exchange for 5 bags, 3 wristlets and a trench. You do the math!

BCBG was another shop that made me went amok: 25 minutes, 8 dresses, slightly over USD1000. I thought I've done very well. Besides these two major splurges, names like Ralph Lauren and Calvin Klein had helped to burn that hole in my purse as well as to take up some space in my newly purchased impossible-to-miss fluorescent green Samsonite suitcase. 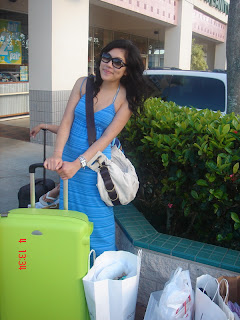 Outlets aside, Ala Moana Centre was another heaven. This is where I've gotten my Juicy Couture shoes, clutch and bag (and these are my favourites from the whole trip); my discounted Fendi heels; my A&F, Gap, MAC amongst others. 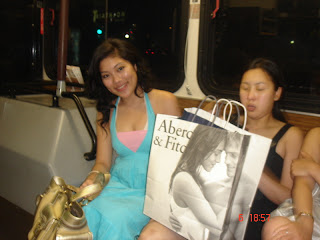 Kudos to Jessie and SP, the hotel that we stayed in were right smacked in the middle of good food and shopping, and it was only minutes away from the beach. Ohana Islander Waikiki was it. Fendi was just right across our hotel and if I hadn't already maxed out my credit card, I would've came home with another lamb skin shoulder bag, damn! Also found out that Fendi is 8% cheaper than mainland America due to the exchange rates and the fact that there are a lot of Asian visitors in Hawaii. I am still bitter that I didn't get that bag!

What else did I get? Hm... a pair of shades from Michael Kors and this. Oh yeah, Aloha Stadium Swap Meet is the place to go to hunt for souvenirs like t-shirts and accessories, prices are much cheaper than in the city. Nothing special compared to our markets besides it was so huge that it went around the entire stadium (I almost had a heat stroke while having to complete the entire circle) and the ATM machines that were in the middle of no where... 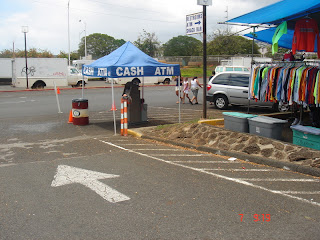 There's nothing much to buy on the other two islands, except for some Hard Rock's or Bubba Gump's but Honolulu's shopping rocks! Just imagine what would happened if we were in Los Angeles or San Francisco and shut up! Don't even mention the big apple! Everyone of us had spent all our cash, and are sobbing over the credit card bills, ouchh! In exchange, we filled up the whole back of the van that we hired to the airport; and I have a whole new summer wardrobe! 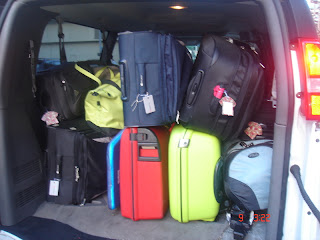 Milyn was the craziest among us!
Lotsa Love | Lucky Lazy Lynn at 11:17 pm

babe, i hate u!! all the shopping u did make me want to leave melbourne and stay in hawaii!!!

I hate you too lynn. Even u bought extra luggage also so nice color one!!

Deisy, shopping in Shanghai's not good?