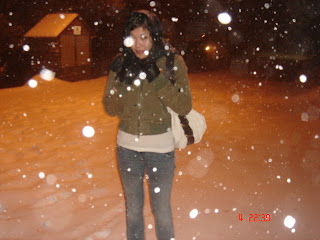 I was up in the snow on the weekend, with Wei Liang, Leroy and May, my new found twin sister. I've to say this is by far the best snow trip (pun intended) for me (okay, I've only been to two!). Snow was good this year and I was doing much better than last year until my idiot friend Wei Liang 'forced' me down a blue run. 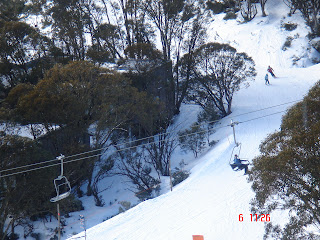 We had just gotten off the chairlift and he suggested we try a new run before I go for my private lesson in 20 minutes time. So I agreed with him and told him I'm really new and I can't do blue. He said don't worry, he had checked it out, it was too easy, just straight down. Of course it was just straight down, straight, steep and all the way effing down! So I had no choice as I was in the middle of no where, it's either I walked up the slop or skied down. Of course I chose the latter and half way through the 'so exciting' journey, I tumbled down and hurt bad. I got up and attempted to strive my way down to the chairlift that wasn't even in sight at that time. I fell again and again like there were no tomorrow and started cursing like I had never before.

To cut and fuming and hilarious story short. Wei Liang had to carry my skis for me while I walked down and get the chairlift up. I was 30 minutes late for class and there was no money back. I got traumatized and my instructor needed me to practise some 'relaxation exercise' and calmed me down before he could teach me anything new. F*cking Wei Liang, if I had the energy, I would've taken off my ski and hit it straight to your face!

Other than that, the trip was great with good company. May and I met each other a day before the trip through the boys and we couldn't believe how much alike we are. We like the same thing, think similarly, and my birthday is one day after hers in the same year. How bizarre?! Leroy was also a lot of fun although I've met him for 3 years now but we didn't really get to know each other until this trip.

Dinner at Milch was decent with a good bottle of Chardonnay and friendly service. Second night's dinner at our hotel, Attunga was also fabulous.

Kudos to our designated driver, Wei Liang, who didn't even has a sip of alcohol, drove us all back safely in Melbourne in 4.5 hours including the pit stops! We were speeding all the way and the three of us couldn't give two f*cks as we were all smashed from the moment we woke up. We stayed in the hotel lounge and had so much fun eating, drinking and chatting. Good company for sure. The journey home abso-f*cking-lutely rocked! Can't wait to get the pictures on the slopes that are all in Wei Liang's camera as I couldn't be bothered getting my camera out in the cold. 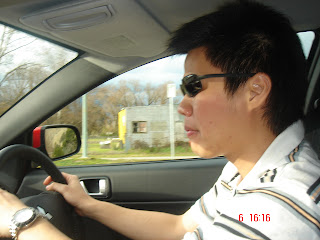 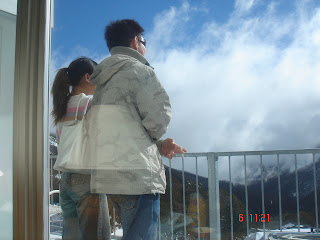 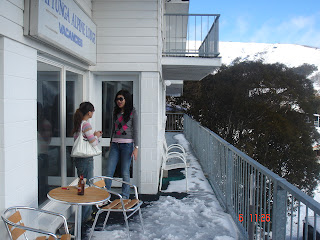 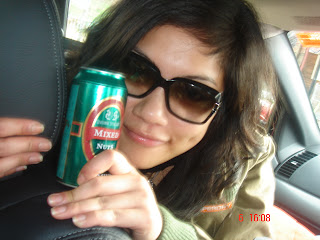 hehe now u think of blue run u will remember me :) go get the pics from May, I uploaded all into her laptop.. glad you enjoyed!