I left my soul in Bangkok 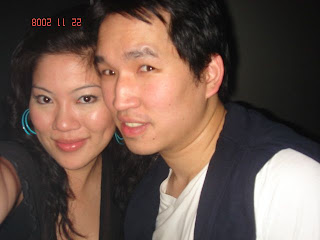 Bangkok was a blast, thanks to Silly Billy. We made it back a day before the airport closed down. Everyone around us says we're lucky; I secretly wished that I'm still in Bangkok. Dr Ben was one of the thousands "Thai refugees". He was stuck in Bangkok airport, hired a private car to take him to Phuket and fought his way to an air ticket to KL. Well done! He only had one night in KL and he sure had a good time.

So I haven't been blogging much in KL. I really have no time or energy. Returned from Bangkok on Monday and we've been partying for four nights straight. Reminded me of those days where we partied six nights a week. KL-ites just don't have to get up early for work, do they? Tonight is my liver's night-off. I've decided I should let it rest for AT LEAST a day in a week. I want to do a two-week liver detox when I return to Melbourne, we'll see.

Heading up north tomorrow for some char kway teow, prawn noodle and some sun. Great tactic to skip Velvet on Wednesday night.
Lotsa Love | Lucky Lazy Lynn at 4:27 am